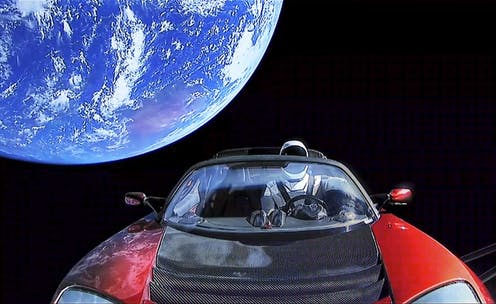 The ride, to that point, had been enjoyably science fiction. The acceleration makes you blink. Points of light begin to get pulled into lines, like launching from Battlestar Galactica. You take corners like something out of Tron. The lack of vibration and the huge navigation console makes you feel like you’re visiting the future. It appears that if you stomped on the fast pedal hard enough you’d quickly accelerate until you started to go back in time.

All good – except for that rapidly depleting range. I had to get to speaking gig in Turangi. This was only a 320km trip and the marketing says that a fully charged Tesla S has a 400k+ range. And that was confirmed by the rangeometer thing on the dashboard when I first got in and powered up.

But now a warning is flashing saying that I needed to ‘slow down to reach my destination’. This was clearly nonsense! I was driving a Tesla not a golf cart. This car has the performance to give a Maclaren a wedgie, and driving it fast was too much fun.

But now the dashboard info was suggesting that I wouldn’t even make it to Taupo AND I had to make it at least to Taupo because that’s where the Tesla supercharger station was.

You can’t run out of power in a Tesla. I mean you can, but you REALLY don’t want to. You don’t glide to a stop by the side of the road and have the AA man come and give you a couple of litres of petrol. If you run out of charge you have to get TOWED.

So I pull over at the Matamata MacDonald’s to figure out what is going on. The manual whines that the range may not be accurate if the car is driven at excessive speeds, including highway speeds.

Apparently the range on the dashboard is just for marketing purposes. That’s just to give those pesky Tesla short sellers the shivers. The real range guides are buried in the menus of the centre console where it averages how you’ve been driving the last few km.

Nothing to do but to limp on. Then the warning said to slow to 60km/hr. Then the range said there was 30km to go and 27km in the tank. Could I coast down the hills like we used to do in the good old petrol days?

I make it to the charger in Taupo and get just enough juice to stagger into Turangi. That night I try to plug in the Tesla to my cabin. The dashboard tells me that 230V and 10A – it was going to take me more than 24 hours to fully charge the car(!)

Things become clearer the next morning back at the Taupo supercharger when I see that the charger pumps in power at around 400V and over 100 amps. In other words, the Tesla could easily run every appliance in your house simultaneously, and smelt aluminium on the side, for many hours.

This time, on the way back, I routed through Cambridge to get a top up (there is a Chargenet charger there that is handily close to the coffee BP Wild Bean) I sigh in relief that it wasn’t being used as I couldn’t wait around (I had to get to another speaking event).

Empty charging bays are more common than not right now when electric cars make up a tiny fraction of the national fleet. But at the rate EV’s are being snapped up that’s not a guarantee.

Go out and grab the EV future now – before everyone else does! 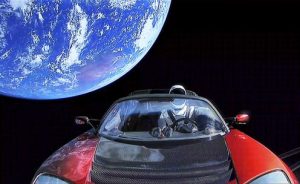